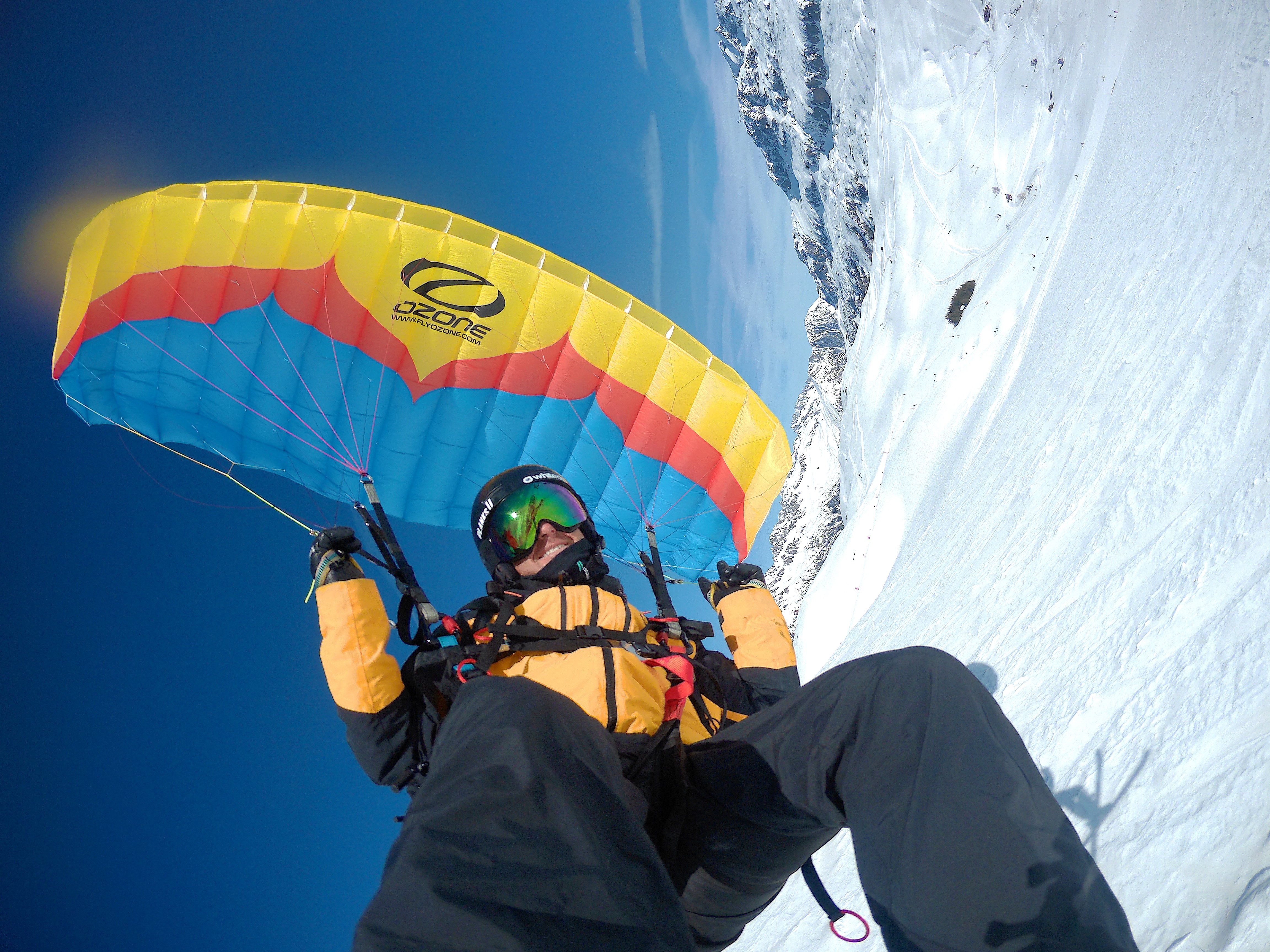 Speed riding has taken off across the world!

Our guest blogger Cookie, a highly experienced seasonaire and sports instructor, wants to introduce you to one of his passions – speed riding. You may be tempted to give it a try after reading this:

Speed riding is a high-adrenalin sport combining skiing and paragliding. It was started in the early 2000s by a mix of people from different backgrounds – basejumpers realising there were more options than just the jump and opening the wing, and paragliders getting lower to the ground and enjoying the proximity to the snow.

It’s been gaining popularity around ski resorts everywhere, particularly with the changing snow conditions and growing popularity of off-piste skiing.

Being able to fly between untracked patches of snow, and even ski the ‘routes that do not go’ (the runs that finish in cliff edges) offers so much more scope and freedom. But always follow the advice never to follow tracks off-pistes unless you know the route, as the person in front of you who left the tracks may have had the use of very different equipment!

The aim of an experienced flyer is to stay close to the snow, skiing where possible, touching down then taking off again, skimming and gliding through the chosen route and, when needed, simply flying off cliff edges and rocks before returning close to the ground.

Proximity to the snow as much as possible is important – not to gain height and soar or glide like a traditional paraglider would.

There are relatively few restrictions, rules or licences to doing it yourself, providing you’re not on a piste and making sure you are away from lifts/cables.

As a beginner you stay at relativity slow speeds and in full contact with the ground, learning how to control the wind through the wing. Within only a few runs you can begin to use the lift created through your increasing speed to pull you off the ground and begin to glide in the air and skim across the snow.

Usually schools will use radios to communicate with students through training runs – there is no double/tandem flights as with paragliding. You’re by yourself from the start!

Now you’ve had a taster of the sport, look out for Cookie’s next post on speed riding, to whet your appetite further! In the meantime, try out his backyard jump training technique!